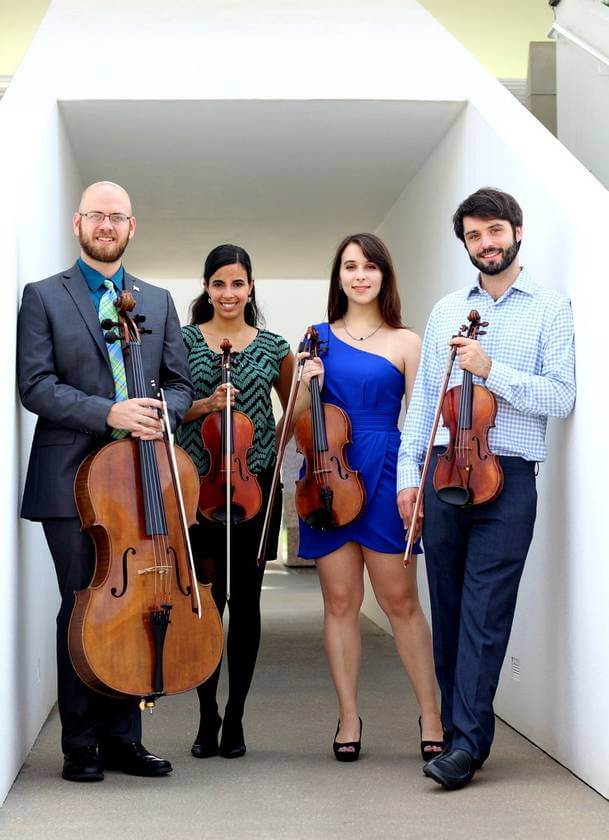 River Oaks String Quartet is one of the most sought after Houston based ensembles for weddings, corporate events, and parties. The group performs both classical music, as well as original arrangements of popular contemporary songs, bringing a level of artistry and professionalism your guests are sure to notice!

Get a quote
“The music was beautiful, the musicians were professional, and it was a breeze to coordinate and organize. I highly recommend using them!” Violinist Melanie Riordan received her Bachelor of Fine Arts in 2010 from Carnegie Mellon University where she studied with esteemed pedagogue Cyrus Forough. While at CMU, Melanie received the Harry G. Archer award for excellence in violin studies. She then continued her studies at McGill University where she received her Masters of Music in 2012, studying with Toronto Symphony Concertmaster Jonathan Crow. Melanie has continued her studies at various summer music festivals such as the Spoleto Festival USA, Orchestre de la Francophonie, National Repertory Orchestra, the Bowdoin International Music Festival, La Centre D’Arts de Orford and, most recently, Houston’s own Texas Music Festival where she served as Assistant Concertmaster.

Melanie is currently a member of the Victoria Symphony, the Symphony of Southeast Texas, and a Young Artist with Da Camera of Houston, performing both standard repertoire and world premiers in venues across the city of Houston. 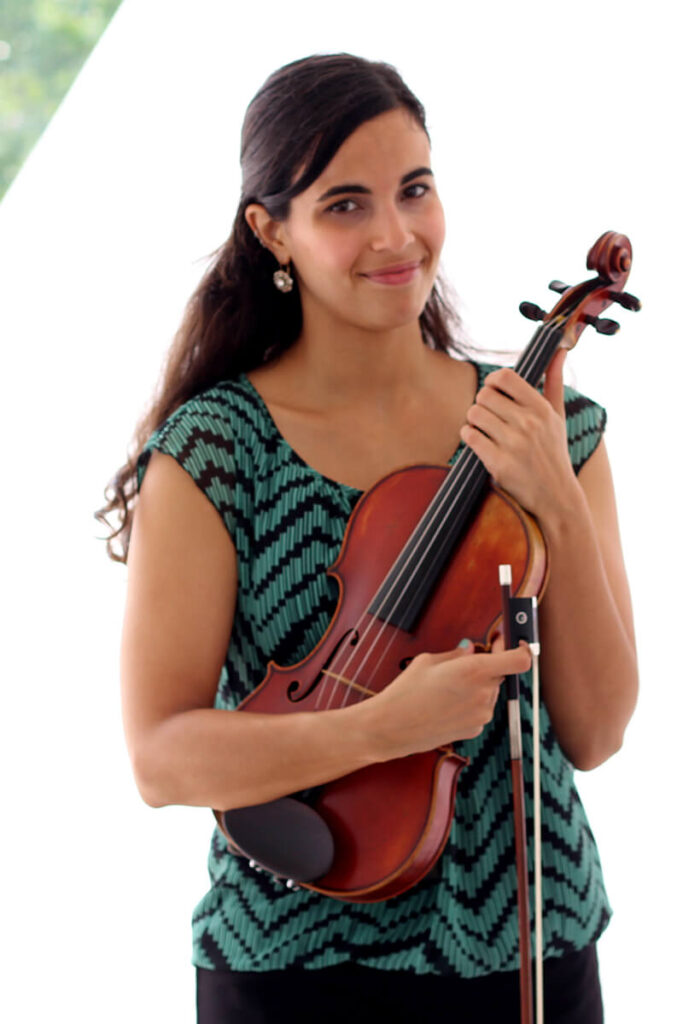 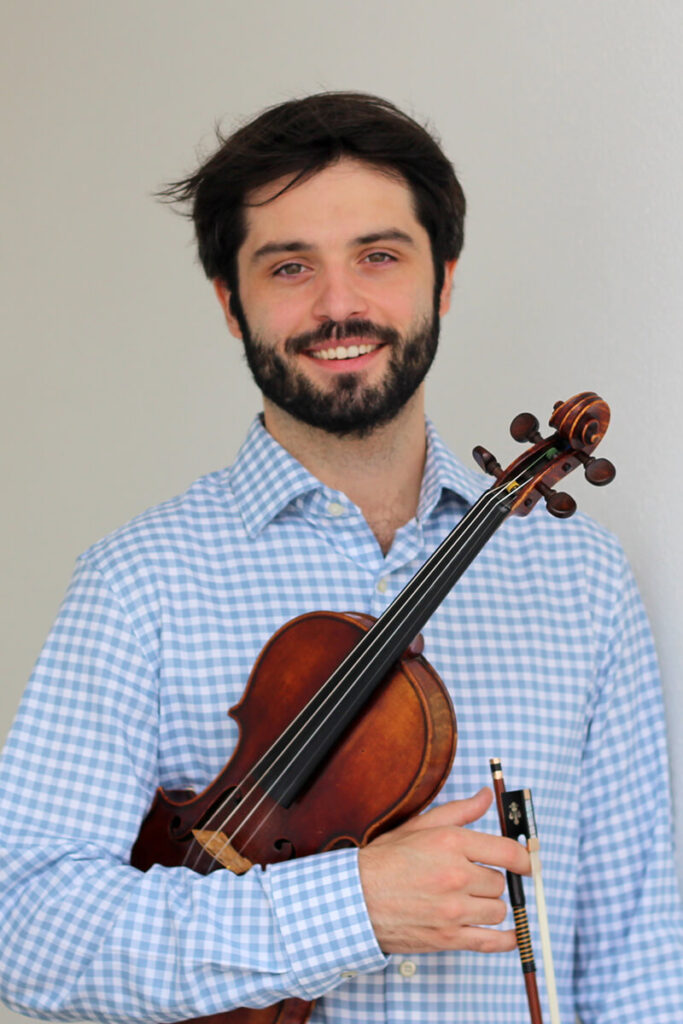 Violinist, Zachary Montasser,  earned his Bachelor and Master of Music degrees in 2011 from University of Houston’s Moore School of Music, and then went on to receive a Performance Certificate with a focus on violin performance in 2013 from DePaul University in Chicago studying with renowned American violinist, Janet Sung.

An avid chamber musician, Zachary was the founding member of two classical string quartets, the Clark Street Quartet and the Fusion String Quartet, which was featured in the prestigious Hot Spring Music Festival, the House of Blues, and toured throughout the US.  He was a featured violinist in the Tikvah Company of Artists, where he accompanied live contemporary dance.  He has also performed in the Oistrakh Symphony Orchestra, the 42nd Parallel and has played in the orchestra for Broadway show including Oliver!, My Son Pinocchio, Cinderella, and others.

A native of Philadelphia, violist Ilana Rose Mercer received a Bachelor’s degree from Rice University’s Shepherd School of Music and a Master’s degree from Boston University’s College of Fine Arts. Her principal teachers have included Ivo van der Werff, Karen Ritscher, and Joan der Hovsepian, and she has participated in master classes held by world-renowned violists such as Kim Kashkashkian, Roberto Diaz, and Atar Arad. She has also received fellowships and scholarships for summer festivals, including Bowdoin Music Festival, The Colorado College Summer Music Festival, and the National Repertory Orchestra. Ilana now resides in Houston, TX, where she is an active teacher and plays with several Houston area orchestras, such as The Symphony of Southeast Texas and Mercury: The Orchestra Redefined. In addition to being a member of the River Oaks String quartet, Ilana is also the violist of the Westheimer String Quartet, which holds residency at the Taneycomo Music Festival in Branson, MO. 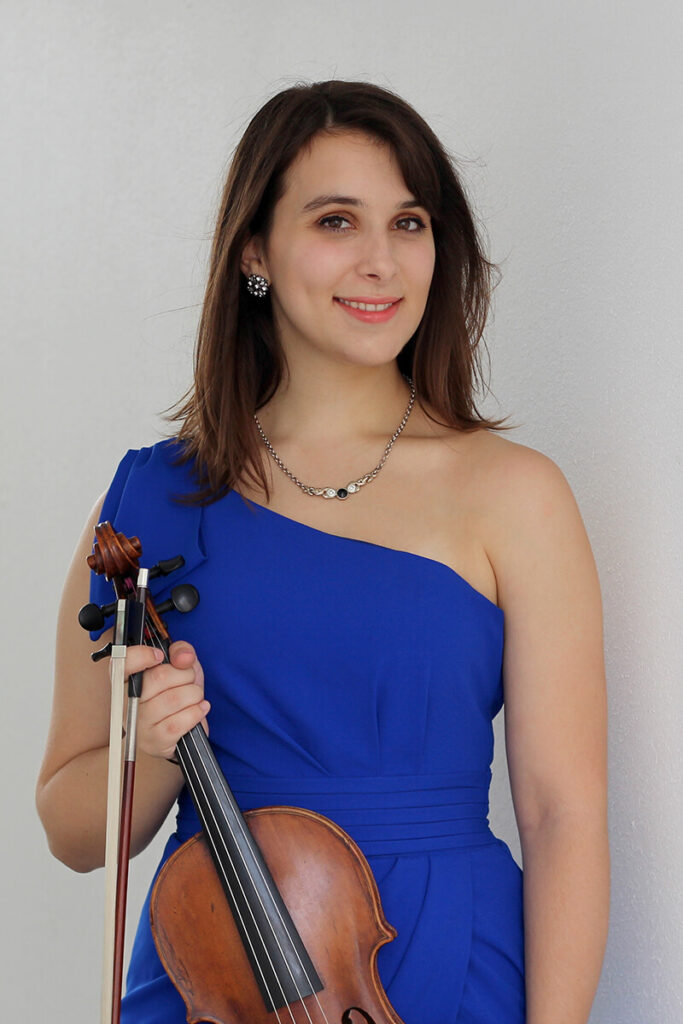 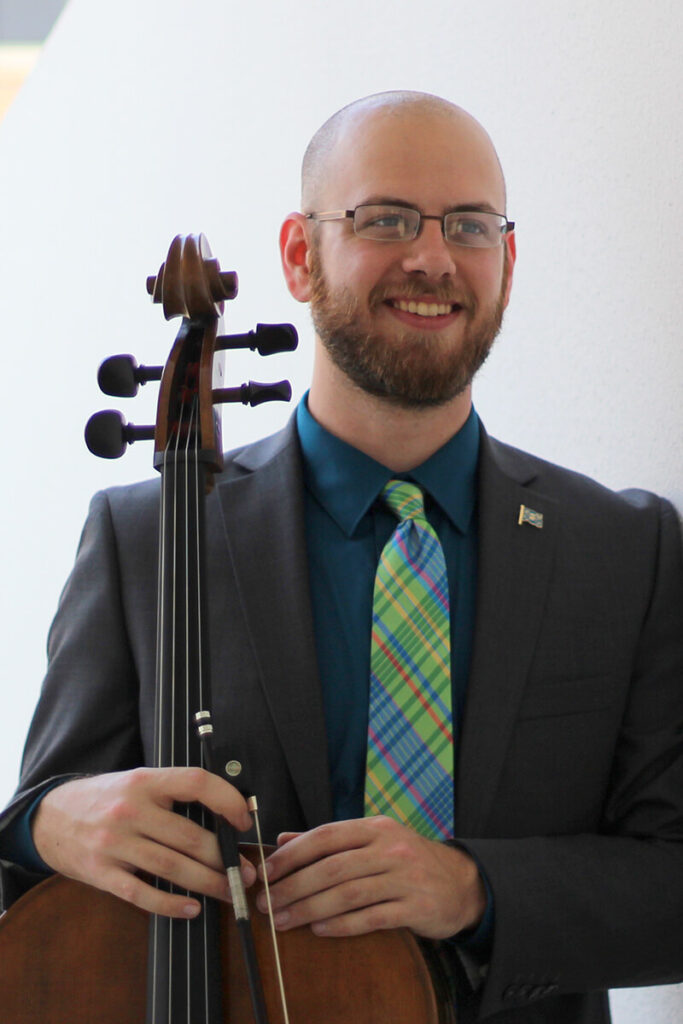 Cellist, Daron Kirsch,  a Texas native, is active as a cellist throughout the country and internationally.  He received his Bachelor of Music degree from Sam Houston State University under Daniel Saenz, and the Master of Music from the Florida State University as a student of Greg Sauer. He has toured with orchestras in New York, Puerto Rico and China.  In 2012, Daron recorded the 2nd Symphony and Two Songs for Baritone and Orchestra of Ernst von Dohnanyi (Naxos) as member of the FSU University Symphony Orchestra and has participated in masterclasses with Mike Block, Carter Enyeart, Jeffrey Butler, and Allen Nisbet, among others.

Daron performs frequently with orchestras in the southeast including the Northwest Florida Symphony Orchestra, the Valdosta Symphony and Sinfonia Gulf Coast, and spends his summer at the Taneycomo Festival Orchestra, where he gave the American premiere of Nikolai Kapustin’s Op. 99 Duo for Alto Saxophone and Cello with Cole Belt.